Sustainably Sourced from the Carribean Waters of Aruba.

Sustainably Sourced from the Caribbean Waters of Aruba.

Sustainably Sourced from the Caribbean Waters of Aruba

ArubaWater™ is sustainably sourced pure water that's ranked among the best tasting water on the planet.

As our planet’s drinking water sources continue to be depleted, there is a real and compelling need to find ways to develop sources of pure water that are balanced and sustainable.

ArubaWater™ is a new pure bottled water born out of the need for an alternative to conventional spring water and aquifers –one that meets the requirements for sustainable drinking water without compromising on purity and taste.

Our pure water is sourced completely from the oceans surrounding the island of Aruba in the Caribbean. Drawn from the depths that flow through coral beds, ArubaWater™ contains only ocean water that has been desalinated for optimum pH levels, mineral content, and great taste.

Aruba is renowned for producing some of the most highly rated water available on the planet and now consumers can taste for themselves why we call it Paradise in a Bottle™. 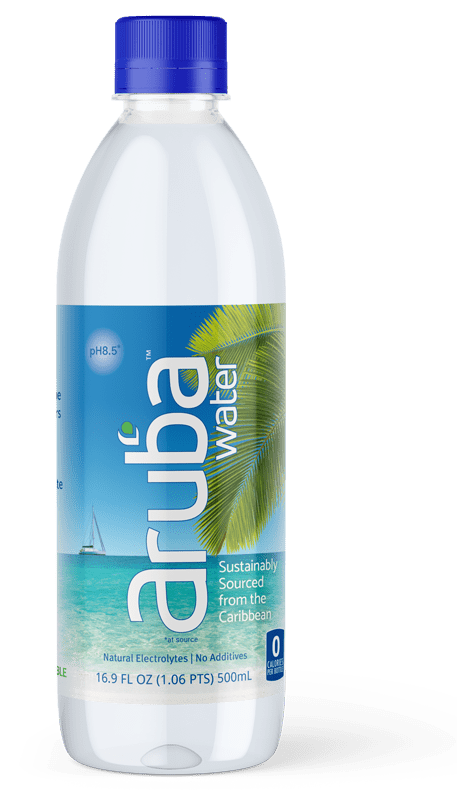 The tiny Caribbean Island of Aruba has been at the forefront of desalination since the early 1900s, and at one point was the largest producer of desalinated water in the world. 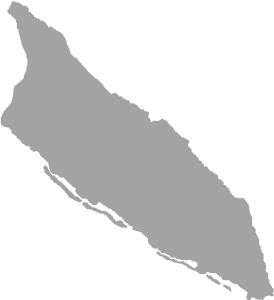 That tradition has continued right up to today, as the technology applied to providing a freshwater source for the island’s population has blossomed into some of the most highly rated water found anywhere in the world.

In fact, Aruba’s water has been consistently shown to exceed the World Health Organization’s guidelines for purity applied to drinking water.

ArubaWater Corp is based in Scottsdale, Arizona with bottling and packaging operations located in Oranjestad on the Island of Aruba.

ArubaWater Corp was founded by a group of world-class beverage industry management and advisors. Each of the team members has lengthy experience serving successful business ventures in senior management. These include both private and public companies from the start-up stage through senior public listing on international stock exchanges and graduated sales to major entities.

Over his 40-year+ career as a leader and innovator, Mr. Neild has built a depth of proven entrepreneurial expertise in a variety of industries guiding the development of various start-up companies, bringing them to substantial success.

Ms. Osborn is an MBA and accomplished senior executive with a flawless track record of driving startup companies and their rapid growth and market domination with a specialty in transforming concepts into sustainable realities that can revolutionize industry landscapes. Over the last three decades, she has worked with a broad range of private and public companies to help create centers for excellence by spearheading strategic planning, direction, and execution of financial initiatives and corporate management.

Michael Nederhoff acts as a management consultant in the beverage, sport nutrition and harm reductions spaces. He has over 25 years of management experience as a senior contributor to North American and Global commercial teams in both retail and manufacturing environments.

Michael began his career in retail as a category manager at Loblaws Companies Ltd, a leading Canadian Food distributor. In 2004, he helped launch Red Bull energy drink in the Canadian market, leading commercial operations for the business. He also led CytoSport, a sports nutrition company and maker of the successful Muscle MILK brand, in his role as the company’s General Manager.

Michael graduated from the University of Saskatchewan (BComm, Marketing and Finance).

Beginning with campaigns for the Clearly Canadian Beverage Corporation in the 1980s, he has worked with national and international media companies, agencies, and public relations firms at the senior level. He also founded his own successful advertising agency and has been directly responsible for the planning, development, and oversight of multi-million dollar advertising and direct marketing campaigns.

Robert “Bob” Seaman brings a wealth of preform, bottling, and manufacturing systems industry experience to ArubaWater. He has held numerous senior leadership positions in his 43+ years of work in manufacturing, mechanical engineering as well as machine installation and maintenance.

Mr. Seaman has personally installed, tested, repaired, and operated bottling equipment for major companies in numerous domestic and foreign countries, including establishing bottling plants for Fiji Water, Ozarka Water, and Penta Water, among others. He is a respected leader in bottling technology.

Kevin Friesen has worked with several start-up companies both locally and internationally, including a beverage company based in Australia. He has also been responsible for raising capital to facilitate the development of multiple business ventures.

Over the past decade, Mr. Friesen has taken on the Director of Investor Relations role for several companies, mainly in the beverage and technology sectors, and has successfully aided in funding the ventures by developing, communicating, and maintaining positive relationships with investors.

Additionally, Mr. Friesen has a background in public relations, events planning, public speaking, and film and television production. He also started a production company based out of Los Angeles that produced several films and a T.V. pilot. Kevin is a talented communicator who has worked as both a news director and editor for Canada’s national television network, the Canadian Broadcasting Corporation.

Brian Atamanchuk is responsible for the development of new partnerships, assessing and managing business opportunities, and has involvement in major capital projects. He also manages both existing and prospective investor relations in conjunction with senior executives.

Brian brings over 25 years of experience implementing strategies to aid the overall growth and success of a company. He has helped achieve growth through developing business partnerships and identifying areas of inefficiencies, then building a plan for improvement. Working with start-up companies has been Brian’s main focus as of late.

Angie Olson is a Logistics and Transportation Professional with twenty+ years of customer service and office management experience.  She has extensive expertise with international import/export transportation, ocean, and air as well as OTR.  Her focus is on vendor acquisition, rate negotiation, validation of contract compliance, and claim review and resolution.

We try to respond to all  inquiries within 24 hours (Monday to Friday).

How can we help you?